In this week's EXPOSED! article guest writer, Jenny Ross, takes a look at the murky world of artificial milk and the lengths that multinationals will go to in order to wean babies off their mother's milk...

“Can a product which requires clean water, good sanitation, adequate family income and a literate parent to follow printed instructions be properly and safely used in areas where water is contaminated, sewage runs in the  streets, poverty is severe and illiteracy high?”

--Edward M Kennedy, chairman of the USA Senate Subcommittee on Health and Scientific Research during a 1978 hearing on the promotion and use of infant formula.

Nestle is a Swiss multinational food and drink conglomerate and is the largest food company in the world. 29 of Nestle's brands have annual sales over $1.1 billion and it operates 447 factories in 189 countries, employing around 339,000 people.

Over several decades the company have come under fire for the aggressive marketing of breast milk substitutes and the first person to speak out  about it was Cicely Williams who was medical officer in the British Colonial Service in the 1930s and 40s. She maintained that “anyone who, ignorantly or lightly, causes a baby to be fed unsuitable milk, may be guilty of that child's death.”

Eventually, 35 years later the tide turned with the publication of the Baby Killer by War on Want in the UK. It was translated into German with the provocative title of Nestle Kills Babies. Nestle successfully sued for libel and the authors were required to pay a minimal fine. The judge emphasized that the verdict didn't let Nestle off the hook and warned the company to reconsider its marketing practices to avoid its products becoming “lethally dangerous.”

The World Health Organisation estimates that 1.5 million babies could be prevented from dying each year if women breastfed their infants (exclusively from about 6 months and until infants were 2 years old). Where a mother uses an alternative to breast milk to feed her baby, it is important that she makes an informed decision and she has not been pressured by commercial promotions to use a substitute. The International Code of marketing of breast milk substitutes was adopted by the World Health Assembly in 1981 to encourage breast feeding and to protect mothers from pressures to use substitutes for breast milk. The World Health Assembly is the forum through which the WHO is governed by its 194 member states and it is the world's highest health policy setting body. At the time of setting up the International Code, the United States was the only member to vote against it, with 3 abstentions coming from Argentina, Japan and Korea. 191 member states affirmed  their support for the Code, its implementation and the implementation of relevant resolutions. By1997, 17 countries had adopted all or substantially all of the Code's provisions as legal requirements.

Nestle has had many violations of the Code. In Laos, both formula and non-formula products were being advertised with the logo of a baby bear held in the breast feeding position. The use of the baby bear was a twisted violation of the Code as pictures of infants are not allowed to appear on formula products. It was reported in a 2006 visit to the country by Dr Leila Srour from InfactCanada, that infants suffering from severe malnutrition were being fed coffee creamer: “The Bear Brand Sweetened Beverage Creamer travels to the most distant parts of Laos, even remote mountain villages...The Bear Brand coffee creamer is now a very well recognized (breast milk) substitute used by many parents…In the capital city, infants with severe malnutrition have been identified, who have been fed this product as a substitute so their mothers could return to work.”

Dr Srour related that she found a woman in a village gravely ill: “Sadly, she died of an unknown cause, perhaps tuberculosis. The couple have eight children, including a 5 month old...(Relatives) were giving a supplement by bottle. They brought me...a can, embossed with Nestle...The community development person assured me that these cans have “the picture”, so they knew that this milk is for babies.”

The bottle the relatives were feeding the infant did not contain infant formula, but the Sweetened Beverage Creamer instead. That creamer was intended to flavor coffee and was wholly nutritionally inadequate for an infant. Incredibly, Nestle marketed the product to a population with a high incidence of illiteracy using a logo almost identical to the one on its infant formula packages.

Whilst the label bears a message saying that “Sweetened Beverage Creamer is not to be used as a breast milk substitute", 39% of Laotian women are unable to read so it is hardly an adequate measure to prevent misuse. Also, the warning is written in Lao, English and Thai, but many people in rural Laos do not speak any of these languages.

On top of this, Nestle representatives in Vientiane hospitals were giving gifts, trips and other incentives to Lao doctors and nurses. This particular violation of the Code was very serious in a country where health workers have very low salaries. Questions arose as to why Nestle was preying on the poorest and least developed countries where breast feeding is the best intervention to save infants' lives.

Nestle has an extensive record of consistently and prolifically defying the International Code and the company's deliberate actions can be divided into 3 categories: promotion to the public, promotion through the health system and improper labeling. On top of this, Nestle have tried to stop national governments from implementing legislation that would make the International Code law. Although against the Code, Nestle used methods of promotion of infant formula as a substitute for breast milk by giving discounts on its products in shops, free gifts with purchases of certain products, advertisements in parent magazines and distribution of leaflets to shoppers. In one case, Nestle would actively contact pregnant women and mothers with an internet promotion called “Nestle New Mom Sweepstakes” offering, among other things, a free supply of formula to the winner. In Canada, Nestle tried to undermine WHO advice that  infants should be exclusively breastfed for the first 6 months of life. The company emailed leaflets to mothers advising them to “start solids when it seems breasts are empty after breastfeeding.” This was erroneous advice and medically unsound but the Nestle publication sought to undermine the advice and have mothers stop breastfeeding at an arbitrary point, thus increasing its sales of breast milk substitutes.

In Russia, infant milk cereals have been handed out at a city registry office where parents come to register their newborns. In Denmark in 1999, Nestle was awarded Best of Europe Award for Big Brand Marketing by a business magazine. The company was given this honor for its success in countering Denmark's breastfeeding promotion campaign and for its ability to evade health practitioners in Scandinavia. Direct Response Magazine reported:

“Danish local health authorities, however, effectively promote breastfeeding and the majority of Danish women breastfeed their babies. As such they are suspicious of communications from companies like Nestle. Therefore the company decided to tackle the issue of breastfeeding head on and create a dialogue with the health authorities, including midwives and health visitors, mothers-to-be and mothers with small babies. The target audience of the campaign were mothers with children aged from two months to one year.”

“To recruit new members, Nestle used ads and inserts in the family magazine Parents and Children and carried out quarterly promotional campaigns in Supermarkets across the country. More information about baby nutrition and the club were placed in hospitals and maternity clinics. In less than one year, membership of the Nestle Parent Club has increased from under 10% to over 75% of Danish parents.”

In a report published in 2001 by the International Baby Food Action Network (IBFAN), it was revealed that Nestle were distributing free supplies of company products to health workers in nearly every country involved in the study. Non of the samples were found to be for scientific research or evaluation and as such were considered violations of the Code. In Pakistan, health facilities were given gifts such as air conditioners when they did business with Nestle. In Argentina, Nestle was found to be contacting doctors in order to promote their “Nutrition System” called NIDO. Letters were sent to health  practitioners inviting them to enter a draw for a trip to Seattle. The form sent to doctors also asked questions about the number of children of specific ages that each doctor treated. The back of the letter instructed doctors:

“Now think of your own growth. NIDO is also worried about your professional progress.”

In some parts of the world, such as Mexico, Italy and the United Arab Emirates, the Nestle brand name is seen on clocks, growth charts and posters throughout hospitals. If it were abiding by the Code, Nestle would not be promoting itself in such places. Promotion of this kind through healthcare systems is particularly insidious because it leads people to believe that doctors as individuals and the medical community as a whole, endorse Nestle products.

The third frequent way Nestle violates the International Code is by improper labeling. Although there is the obligatory message stating that breastfeeding is the best choice for infants, labels often contained messages which idealize breast milk substitutes or attempted to equate there nutritional value with breast milk. Messages such as “Similar to mother's milk,” “Mothers trust Nestle,” and “...ideal formula choice to bring out the best in your baby” were used. These slogans undermined the idea that breast milk is by far the most nutritious source of food for infants and young children.

In February 1999 the French Investigative program Le Vrai Journal focused on Nestle. The Minister of Health in Gabon was interviewed about Nestle's promotional activities at health facilities. The minister had been calling on Nestle to stop such promotion since 1991, describing them as “flagrant violations”. The journalist Ferrucion Petraco also appeared in the program and recounted an interview with Helmut Maucher, Nestle Chairman, which took place in 1998. Mr Maucher said of the International Code:

“Codes like this, codes of conduct slow down business; codes of ethics have never worked, there are too many cultural differences; when there is competition, they (codes) are not observed; when they are too general they are no use, if on the other hand they are too detailed, they are difficult to apply. What's more, they prevent competition.”


How blockchain will disrupt the fundraising system 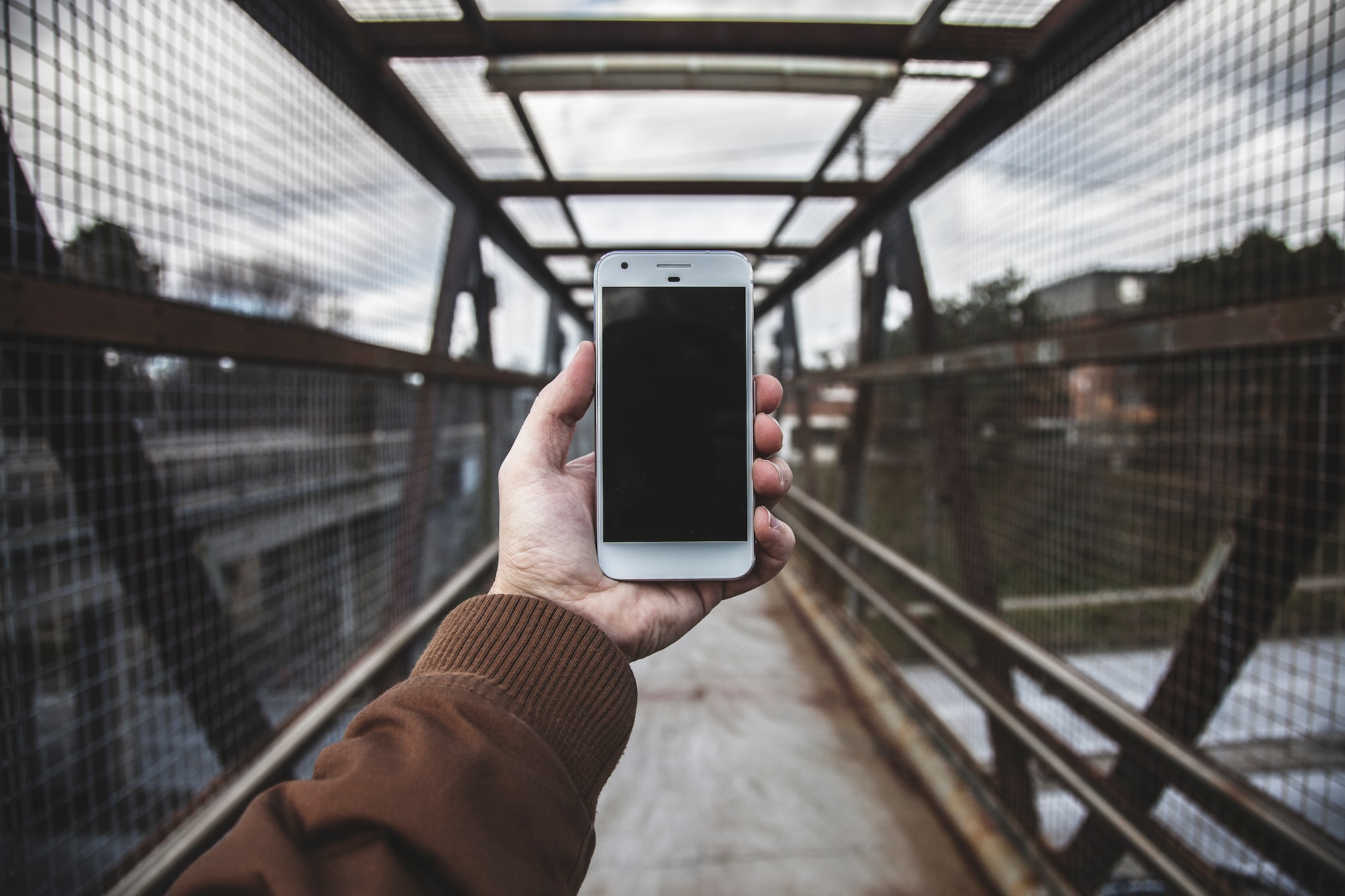